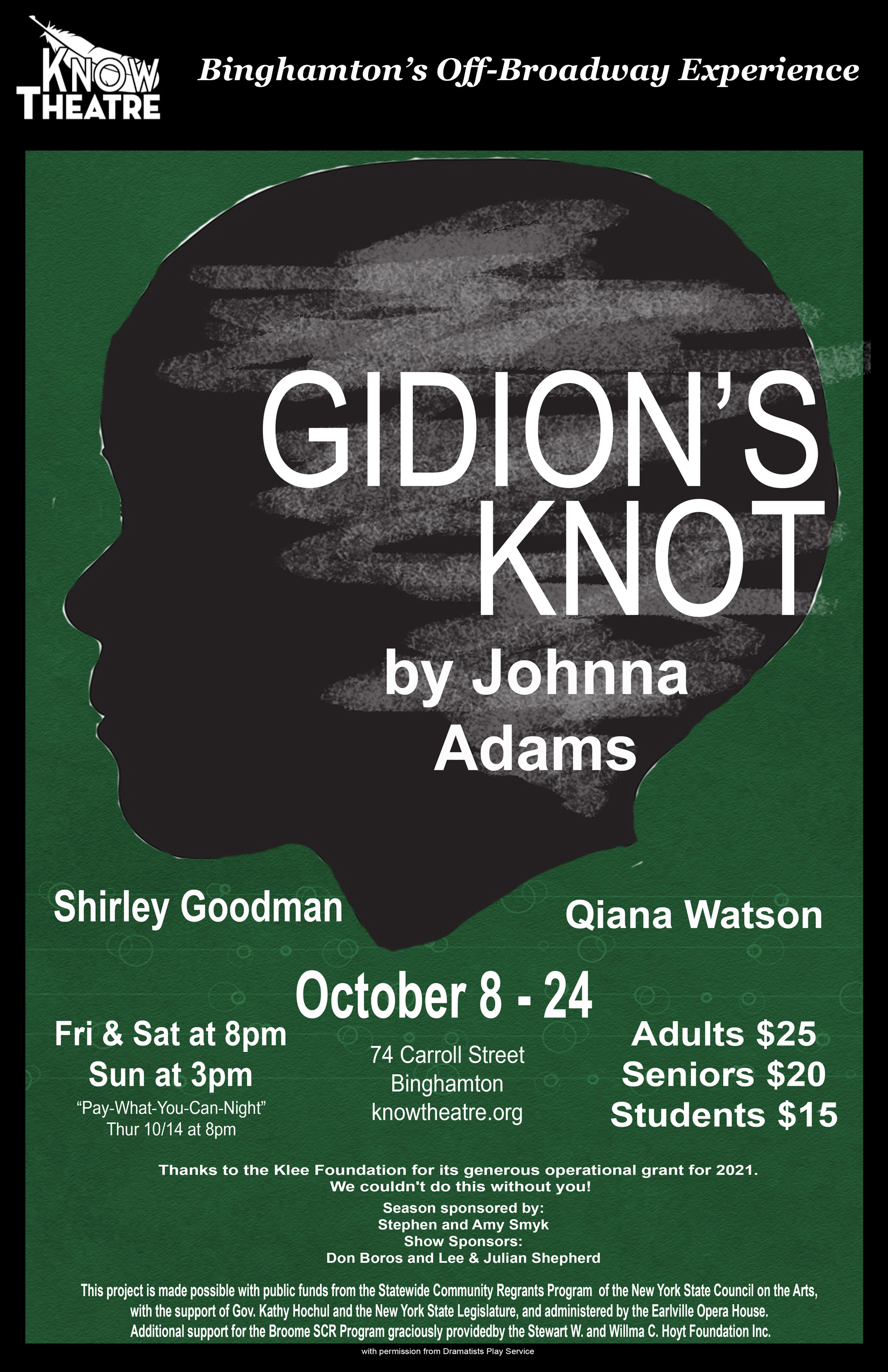 Over the course of a parent/teacher conference, a grieving mother and an emotionally overwhelmed primary school teacher talk about the mother’s son, Gidion. He may have been bullied severely – or he may have been an abuser. As his story is uncovered, the women come to terms with their feelings of culpability.

The play stars Qiana Watson and Shirley Goodman, who are both familiar faces on local stages.

Watson has been seen at KNOW Theatre in “Another August” (a short play from the Kennedy Center American College Theatre Festival Region 1), Tennessee Williams’ “Vieux Carré” (later perform at the Provincetown Tennessee Williams Festival in Massachusetts) and “For Colored Girls.”

Goodman has performed with SRO Productions III in “Les Misérables,” “Into the Woods,” “Titanic” and “Honk.” She also has directed and acted in various local Shakespeare performances.

Directing “Gidion’s Knot” is KNOW assistant artistic director Jeff Tagliaferro. He is a graduate of the Binghamton University Theatre Department and an active member in the regional theatre scene. Recent roles include “Birdbath,” “Killer Joe” (both at KNOW Theatre) and SRO’s “Matilda the Musical.” Directing credits include “Heathers the Musical” at the Endicott Performing Arts Center, “Mary Poppins” at Johnson City High School and “Art” at KNOW Theatre.

This project is made possible with public funds from the Statewide Community Regrants Program of the New York State Council on the Arts, with the support of Gov. Kathy Hochul and the New York State Legislature, and administered by the Earlville Opera House. Additional support for the Broome SCR Program provided by the Stewart W. and Willma C. Hoyt Foundation Inc. Thanks also to the Klee Foundation for its 2021 operational grant.

Due to COVID-19, all audience members must provide proof of vaccination at the door and wear masks at all times in the building.